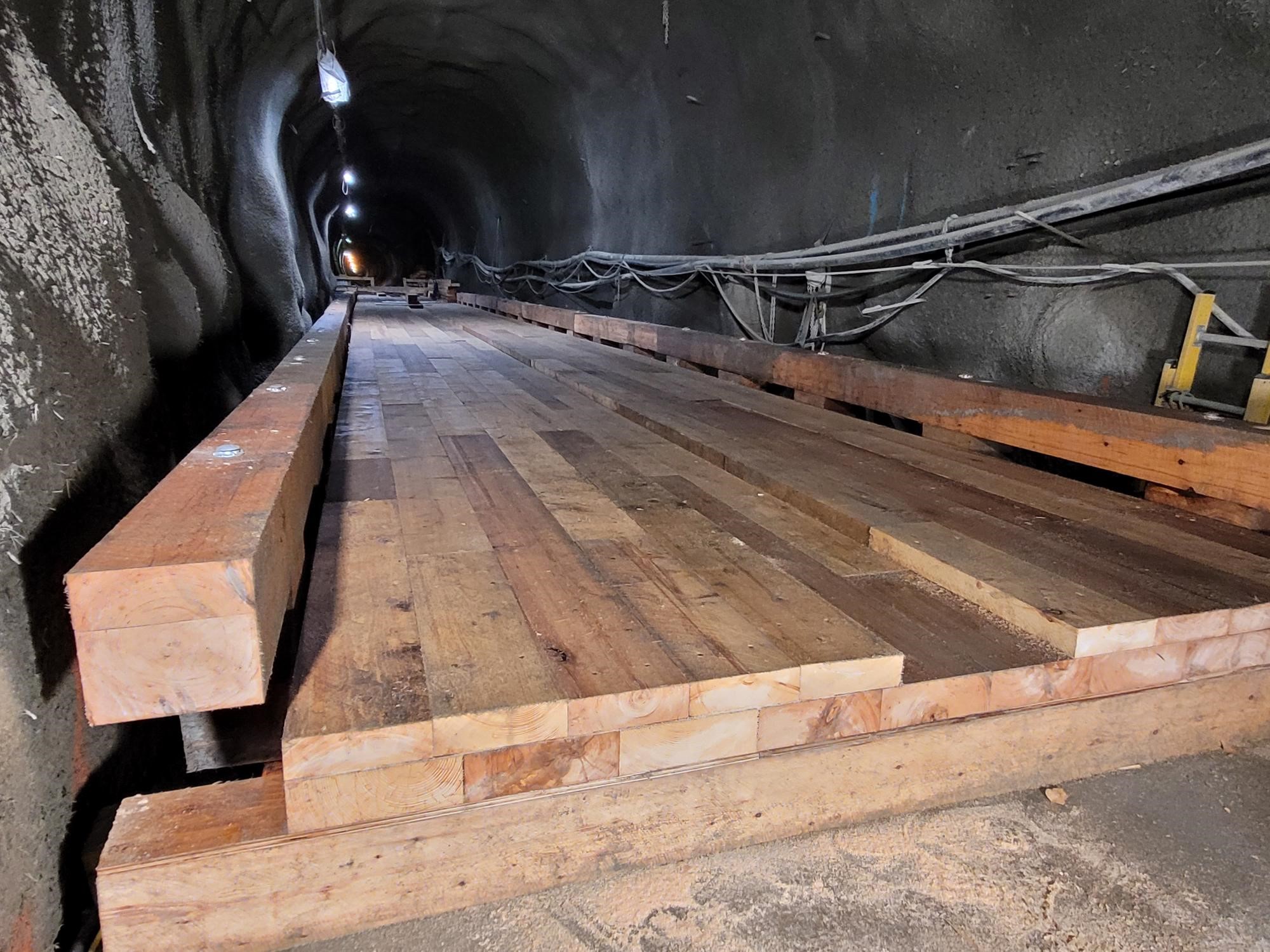 We Design Bridges and Tunnels, and Sometimes Bridges Inside Tunnels!

Located on the northwest coast of BC, the Kitimat smelter is one of the largest manufacturing complexes in the province. It is powered by the Kemano Powerhouse, situated in Kemano, BC, which receives water from the Nechako Reservoir via a single tunnel that is over 60 years old.

The Kemano Tunnel (T2) Project involved the completion of the remaining 7.6 km portion of a second tunnel feeding into the Kemano Powerhouse, ensuring the long-term reliability of the power supply.

Allnorth’s team of bridge specialists from Prince George, BC, designed a temporary underground bridge within the tunnel to facilitate moving construction equipment such as transit mixers, and shotcrete Spraymecs into the tunnel.

The bridge was constructed over the new T2 downstream rock trap to allow vehicles up to 28.5 tons to transit upstream. It includes an intricate series of steel supports underneath, which can withstand the heavy underground equipment as it travels up and down the tunnel. Construction was completed by Bridgemans Marine Transport LP, and end inspection was performed by Allnorth.